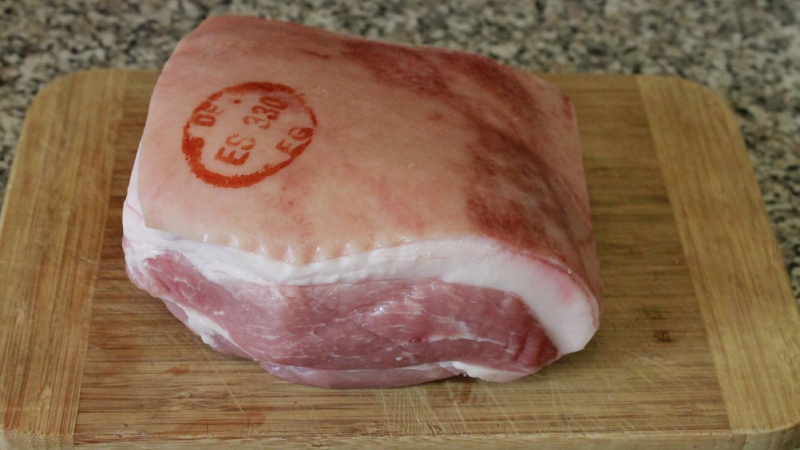 If you’ve been cooking meat dishes lately, or even just smelling the smell of pork, and it’s often down to how strong the pork smells. It is important that you know how to get rid of this type of smell because it can really put a damper on your day.

After researching on the internet for hours, I’ve written this blog post to help you on how to get rid of pork smell and know why pork sometimes smells bad to avoid that situation.

Why Does Pork Sometimes Smell Bad?

Research has revealed that there is a gene responsible for how we perceive the odor of pork meat. The genes that dictate how we smell determine whether pork smells a wide range of aroma from sweat, urine, and ammonia to vanilla.The compound, androstenone, is similar to testosterone and found in high concentrations in male pigs.

The Ammonia Smell In Pork

Many people are unfamiliar with the strong ammonia smell accompanying pork, but this is a common occurrence and not something to be alarmed of. The odor is caused by the breakdown of amino acids in muscle cells. The most potent source of this smell is from amines that are produced as meat proteins break down, which can be found in high concentrations in pork products.

The smell of ammonia often comes from cuts of meat that contain a large amount of tough connective tissue and gristle. Proteins in these parts are broken down by bacteria, producing a strong odor. It seems like it can be a problem for people to eat this meat if they are sensitive to the smell because it can lead to severe nausea and vomiting.

The good news is that cooking meat at a lower temperature for a longer period of time will reduce the ammonia smell. We should do that because it requires more time to break down proteins and reduce amines. It also means that you can minimize or eliminate any unpleasant odors.

There are two main reasons for pork to smell like urine. The first one is that the meat has gone bad. When the meat is rotten, you will notice a nauseating smell like ammonia. In addition, other signs such as texture and colour can change noticeably.

The second reason is about the types of meat. Surprisingly, not all pork has this strong urine scent. The funky smell (usually called boar taint) is from the compounds of androstenone and skatole. These two compounds produced by pig’s testes are found in the fat of male pigs which are not castrated.

How To Get Rid Of Pork Smell?

It depends on how you’re going to cook it, but here are some methods I like to use:

How can you tell if pork is spoiled?

Spoiled pork meat will smell worse after cooking. You can know pork is spoiled by smelling. But If you are not sure after smelling the meat, you go ahead touch it! The pork should be firm and moist when it is fresh. A mushy, sticky, dry meat, or even when it is hard is an indication that it is spoiled.

Can I eat cooked pork after five days?

How do you get rid of the smell of pork liver?

Because pork and chicken liver can have a bit of a smell, we will usually braise the liver in herbs and spices then stir-fry it with onions to remove the smell but keep the texture and flavour.

Pork sometimes has a distinctive and unpleasant odor. The smell can be so strong that it may scare people away from purchasing the meat, especially if they are unfamiliar with the aroma.

After reading this blog, I hope you will overcome the problem. Don’t throw away the smell pork immediately.